12 easy steps for the ultimate vibrato 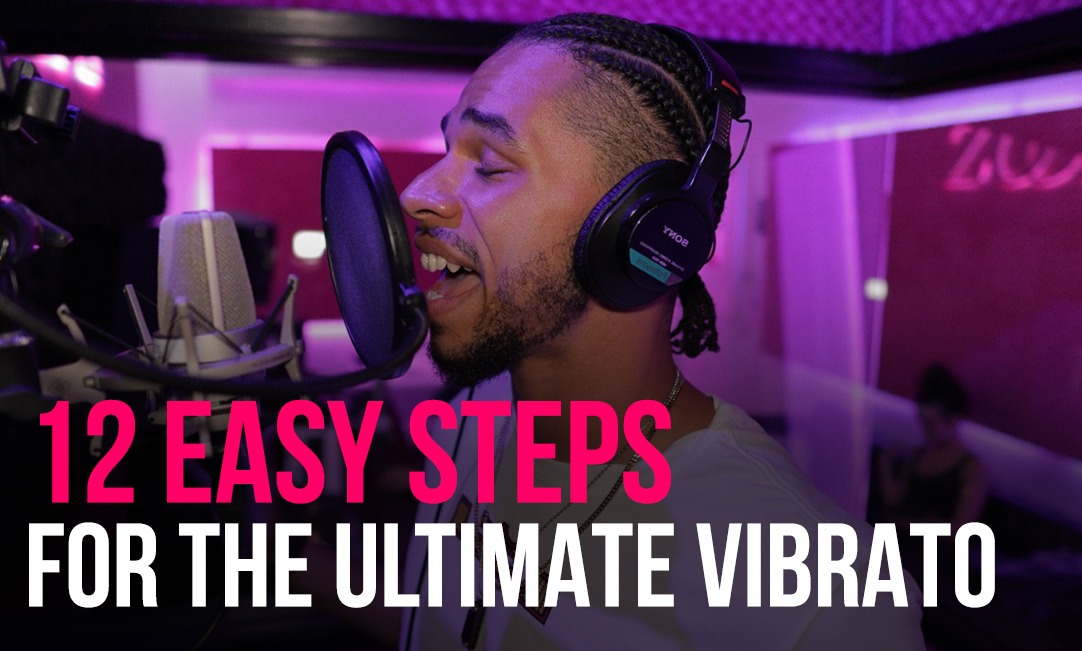 Vibrato is the enhancement of the tone that every human voice can produce.While some may assume they can't, the truth is that they can with proper voice technique, education, and expert criticism. Realizing what vibrato is can help you improve your technique.

We'll start with a couple of exercises that aren't real vibrato. They will, however, assist you in locating the loudness changes we hear in vibrato. So, as you're completing them, just concentrate on the changes in your breathing. The Diaphragm Pulse is the first exercise. Pulsating the diaphragm does not produce real vibrato. However, if you're new to vibrato, it's sometimes helpful to merely gain a feel for the alternating breath required. Let's begin with a diaphragmatic pulse.

The only way to produce the fluctuating breath required for vibrato is to physically press into your diaphragm. Another approach to alternate your breath without touching your tummy is to do the Beggar's Pulse.

3. Vibrato of the "Jaws" Theme

Do you recall the theme song from the film "Jaws"?

The melody in the theme song progresses from the initial note to a minor second interval (just a half step on a keyboard). Then there's the melody, which is getting faster and faster. To increase that swaying, let's utilize this melody as a vibrato singing practice.

Here's how to do it:

Keep in mind that vibrato is a small change in pitch below and above the one you're singing. We worked on identifying the vibrato in the previous exercise by signing up for a minor second and then returning.

Let's have a look at the first three notes:

We've largely been experimenting with pitch fluctuations in the lower part of your voice up until this point. It's now time to experiment with vibrato at a higher range.

It's as simple as this:

We know that vibrato involves breath and pitch variations, so let's direct the vibrato in the direction we want it to go.

This is how you do it.

A consonant "H" isn't the only way to pulse the breath required for spinning vibrato. An "F" consonant will also suffice. It may also be beneficial for vocalists who have difficulty singing louder near the bottom of their range.

Have you ever had to stifle someone who was being excessively loud? Have you ever noticed how much air escapes your mouth when you say "sh"? Let's make use of that sound with the "Shush Vibrato" exercise.

This is how you do it:

On those high notes, using the "sh" consonant isn't the only method to get vibrato whirling. A consonant with the letter "H" can also assist.

11. Vibrato with a High Fee

This is roughly the same as the "High Hee Vibrato" exercise from the previous session. If you're having trouble singing the "Hee" in the last exercise, this might help.

For vocalists who shriek or strain on higher notes in their range, the "ee" vowel we utilized in the preceding exercises may not work. Don't worry, we've got the perfect solution for you. The vowel "ooh" can assist in loosening things up.

ZOOM Recording Studio is a professional recording studio that encompasses a comprehensive choice of instruments as well as cutting-edge technology.