The Evolution of Music Recording 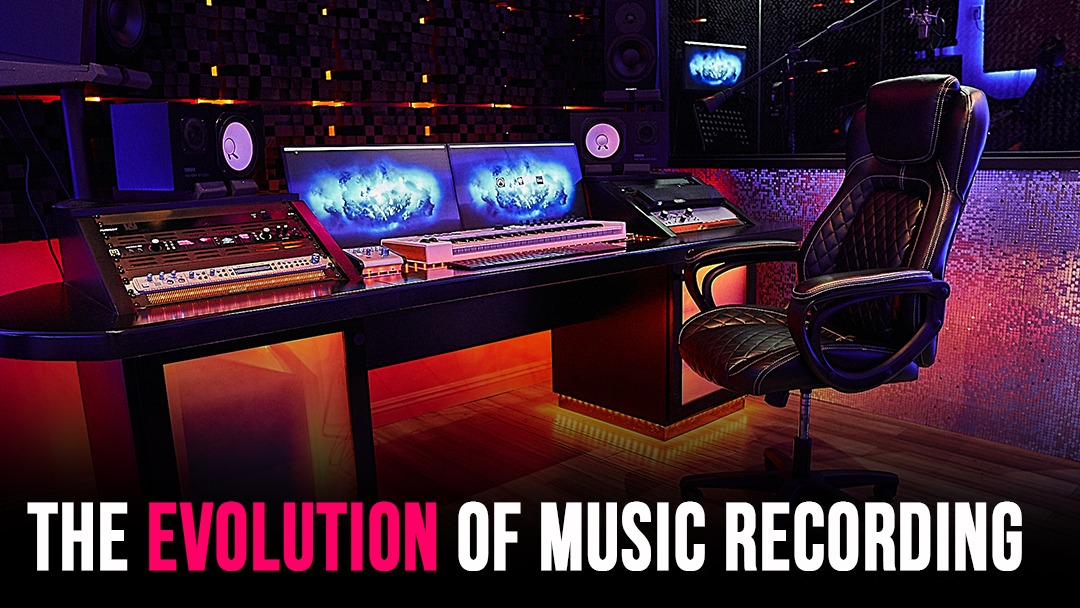 The whole music industry, be it music production, audio engineering, recording, etc has gone through a lot of changes during the past few decades. As music became widely popular and more available, its industry boomed. Big record labels held a monopoly on the industry. These labels would identify artists who had the potential of becoming successful and provide them with necessary resources in hopes that some of the artists would become stars. The first known audio recording was made in 1860, and a lot has changed in the 161 years since then, here's how:

1. The devices used for recording:

Technology has helped in changing the music industry. During the 20th century, Compact Discs or CDs were used to record and store music. They offered a modernized format to store and play recordings. CDs had an edge over cassette discs, they offered greater storage and were much easier to carry. Although CDs offered greater accessibility through their continuous play action and the ability to store a large amount of data, they had to be carefully maintained as scratches easily damaged the quality of sound. Today, almost all the music listening experience has been transferred into digitalized recording methods like MP3 files. Technology has brought us to such an experience of listening to music that it almost feels as if you are attending a live concert just by putting your headphones on.

With the advancement of technology, the music producer's role has changed too. Earlier the producer was responsible for handling 'n' number of things, apart from just producing which made their work way more hectic. Today, thanks to the team of professionals present in a recording studio, their work has surely been delegated and a lot of dependency on the producers has decreased but only for the good. With time artists have also learned the art of producing, though the work of the actual producer cannot be neglected at all.

The music that we hear today is altered and very well edited. The sounds we hear have not only been performed by musicians but also deciphered by audio engineers. They put together note-perfect recorded performances, create artificial performance spaces, and provide us with a perfect song.

Music Recording has surely changed over the past few decades, but this is just the beginning of an infinite number of possibilities this industry can surprise us with. To benefit from modern technology, you must look forward to a professional recording studio like the ZOOM Recording studio.

Do check out our website to know more and don't forget to book your dates with us to experience the best in town recording.