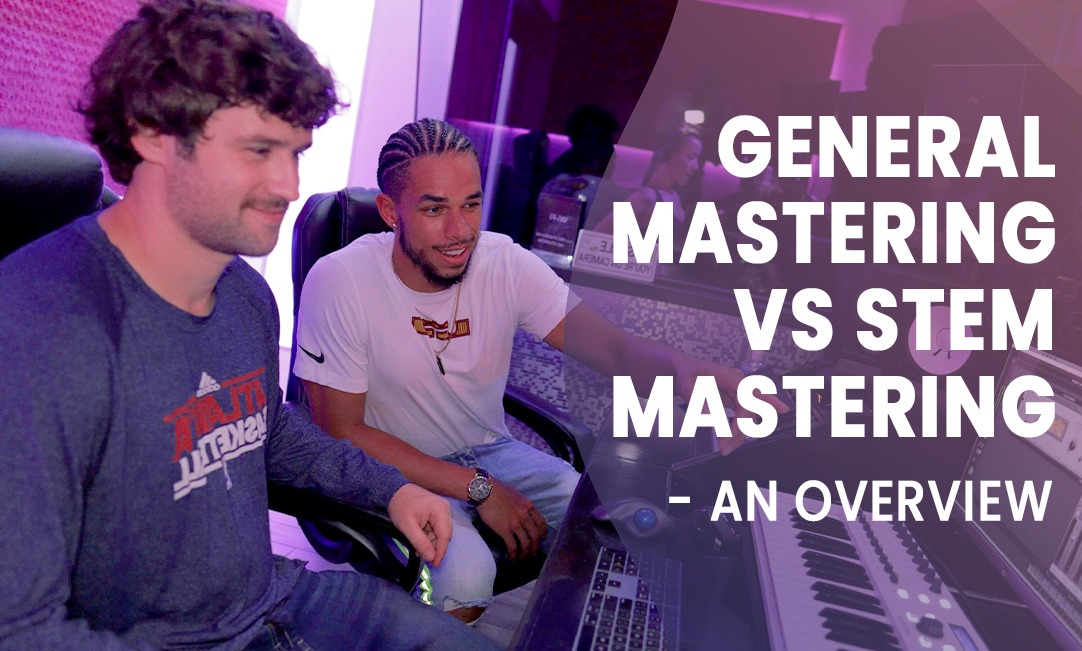 Stem mastering has become increasingly popular in recent years. It has become a popular choice among home studio producers because it produces more impressive results than a stereo master without the additional cost of a full mix.

Let's look at the distinctions between traditional mastering and stem mastering in this blog by Zoom Recording Studio to help you decide which is best for your music.

Originally, the Mastering Engineers were only in charge of transferring recordings from analog tape to reproduction vinyl molds.

Traditionally, mastering engineers in a recording studio work with a stereo mix, tweaking frequency response, dynamics, LUFS levels, stereo imaging, and more to optimize tracks for distribution, whether it's on vinyl, CD, streaming services, or even eight-track cassettes.

As recording studios became the primary hub for music production and artists began to produce, record, and mix their tracks, a need for a service that was halfway between mixing and mastering arose. This is where stem mastering enters the picture.

What Is Stem Mastering?

Unlike traditional mastering in a recording studio, where the mastering engineer enhances a stereo file for commercial release, stem mastering combines multiple stems or stereo groups of instruments to create a final master.

Not to be confused with mixing in a recording studio, which combines all the individual channels of a project to create a stereo mix, stem mastering sessions typically include anywhere from two to eight stereo stems.

Each stem is like a mini-mix of a small group of instruments with similar tones. In a basic stem mastering session, only the vocal and music stems may be used. It is a common setup for hip-hop tracks. Others may have separate stereo prints for almost every instrument.

Separate stems for kick, snare, percussion, bass, guitars, keyboards, lead vocals, and more might be included in a more complicated stem mastering session. All effects processing, including EQ, compression, and even time-based effects like reverb or delay, should be printed on each stem by the recording studio. When exporting stems for mastering, any processing on the master channel should be skipped.

Stem mastering gives you more control over your sound than typical stereo mastering by splitting the stereo mix into individual instrument groups and allowing mastering specialists of a recording studio to make more precise alterations.


What Do General Mastering and Stem Mastering Mean?

Even though stereo mastering uses a single stereo file and stem mastering employs numerous instrument groups, the end goal is the same: to improve the song and get it ready for distribution. However, each approach has advantages and disadvantages that make it more suited for specific tasks.

When you need to have your recording ready for release fast and cheaply, traditional stereo mastering is an excellent alternative. Some mastering professionals can turn around projects the same day, making this a good option if you've missed a deadline with production.


When Should Stem Mastering Be Used?

Stem mastering isn't required for every tune. It can be safer to go with stereo mastering if you have a pretty straightforward recording or if you're on a tight schedule and need a speedy turnaround.

Traditional stereo mastering is also ideal for people who are releasing full-length albums or EPs and requires someone to sequence the tracks and guarantee that each one sounds consistent and unified. If you're releasing a single and aren't entirely satisfied with the mix, though, stem mastering is the way to go. It gives the mastering engineer more room to fine-tune your mix.

Stem mastering enables an engineer to more readily identify and treat issue areas in a mix in whatever time is available. Although the engineer may not need to replace every stem, the technique allows them to do so to get the most out of a recording, mix, and, ultimately, the song. Contact your recording studio in LA to choose the right method.