Tips to get your music to a radio station 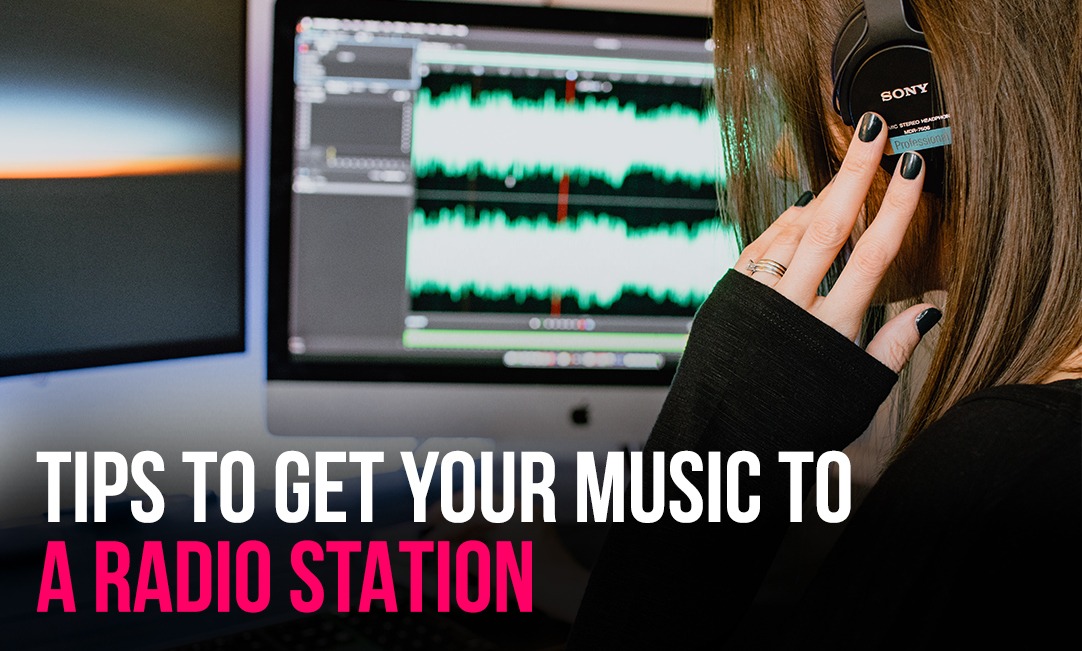 It can be challenging for young musicians to find strategies that are tailored to their goals, requirements, and resources among the many possibilities accessible to them to promote their music. Getting your music broadcast on the radio has long been a privilege reserved for major-label artists or those with a large network of influence. Radio exposure doesn't just happen (at least for most artists): it's usually the result of months or years of hard effort building a fan base on other platforms, cultivating industry relationships, and expanding your radio promotion network. There are, however, some basic actions you may take to increase your chances of getting on the radio. It's still a terrific technique to increase an artist's popularity and fan base. Radio stations continue to be one of the most popular music channels on the planet; in the United States, for example, weekly audio consumption via radio is almost 14 times that of all audio streaming services combined.

Why artists should consider radio stations?

Promoting your music has never been easier or more complex, thanks to the emergence of social networks and new distribution channels (Instagram, Facebook, Youtube, and other streaming platforms). It's simple because these choices are available to everyone. It is now possible to distribute your music on the major streaming services at a lesser fee. However, it's complicated since it's difficult to devise an effective plan that isn't excessively risky or time-consuming... Every day, over 20,000 new songs are added to Spotify, making it difficult to stand out without investing a lot of money or wasting a lot of time.

Radio is responsible for 62% of the new track finds, compared to 20% for streaming.

Traditional media, such as newspapers and television, have lost their attractiveness over time, and it is no longer as vital to use them to promote one's music as it once was. In the face of streaming services, radio, on the other hand, remains the primary source of musical discovery. Radio is where 62% of new music is revealed, equated to 20% on streaming, exclusively among non-subscribers to a streaming platform.

Here are some big and little moves you can make.

1. Do you have a solid musical project in the works to get your song played on the radio?

To stand out and, most all, appear legitimate in your approach, you must have some level of professionalism before approaching any music professional. Consider the following factors: To promote your musical endeavor, create a strong and distinct visual identity. Have a press package or a strong biography on hand that describes your project and your background. Be active on social media and maintain a certain level of visibility (Facebook, Instagram, etc.). Have the highest-quality recordings (.wav, 16bits, 44100htz). Fill in the metadata (digital information about the music: title, performer, author, composer, producer, ISRC code...) for your recordings. Get on playlists, drive streams, and create your audience – radio rotation trails behind streaming consumption 99 percent of the time. Of course, you don't have to reach the top of the Spotify charts, but having a strong following on streaming platforms before attempting to get on the radio will offer you a significant advantage over others who don't.

2. Concentrate on non-commercial radio (at first)

Every radio station has its listenership and, as a result, a musical genre to which it refers. As a result, the radio station to which you want to broadcast your song is a crucial consideration. It's pointless, for example, to go to a metal radio station and suggest a reggae track. To increase your chances of being aired, choose radio stations that play tracks in the same style as your music and appropriately contact them. Fewer and fewer people are listening to traditional (over-the-air) radio, while a new type of online radio is gaining traction, providing a new platform for budding musicians. Zoom Recording Studio provides you with the ability to contact the greatest radio stations, media, and labels of your choice with the assurance of being heard, obtaining comments, and publicity thanks to an efficient and very economical approach!

4. Radio formats must be respected.

The duration of your song is another important factor in increasing your chances of getting on the radio. Your track should be between 2min30 and 4min long to accomplish this. Beyond that, your prospects of being heard on the radio are usually slim. Of course, we do not recommend that you limit your artistic expression. On the contrary, you must use and express your creative potential to the fullest extent possible, according to your desires and standards. Taking risks and experimenting as an artist will help you establish your identity. On the other hand, if necessary, we recommend that you create a "radio edit" version of your song. This indicates it's a version tailored for radio broadcasting, with the duration format preserved and no indecent or startling elements. This version is frequently used for video clips as well.

Some airplay will occur naturally rather than as a result of your radio promo strategy. If your song receives its first "organic" radio airplay, radio programmers are likely experimenting to discover how well it connects with listeners. This is the perfect time to contact them, but you'll need to be up to date on radio airplay data to take advantage of it.

Your home market is vital, but keep in mind that music in the twenty-first century doesn't care about boundaries. When music can readily travel throughout the world, there's no reason to limit oneself to a small audience in your native region. Be aware of your options outside of your local market, as well as outside of the United States and Europe. You might already have an audience (and airplay) in unexpected areas.

Artists have a variety of promotional options, including radio airplay. It has strengths and weaknesses, just like any other channel. Every artist's career is different, and radio airplay may be a crucial medium for one artist but a waste of money for another. Given the scale of radio audiences, however, it's not something that should be neglected. Consider how much time (and money) you're willing to put into radio promotion, as well as what you'll get in return. The artists at ZOOM Recording Studio can help you find the finest strategies to advertise your song on a radio station. Check out our services and reserve your dates to learn more.